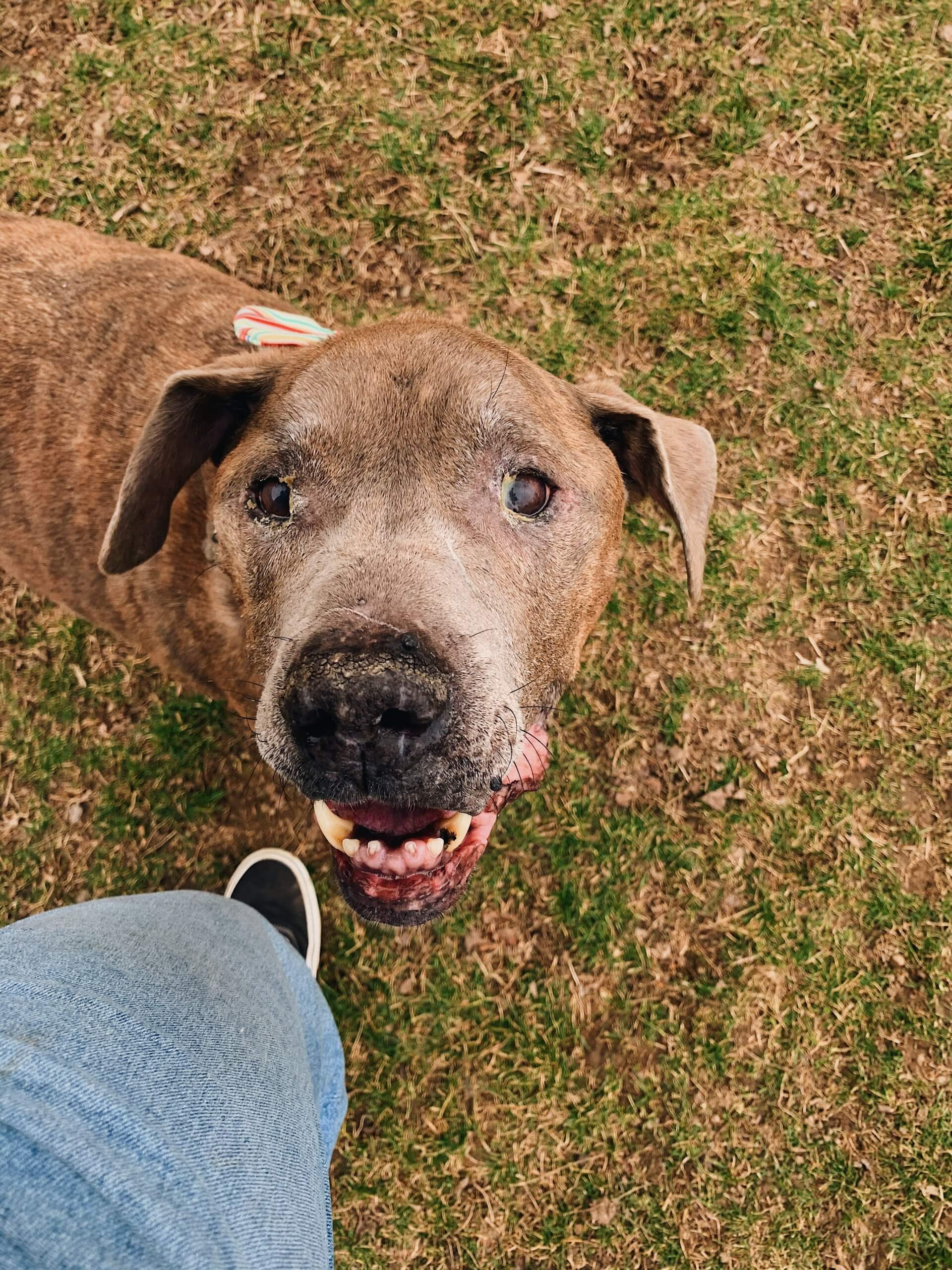 “Before walking into IndyHumane for the first time in October 2019, I had never been to a shelter and had no idea what to expect. After looking up and down aisles of barking dogs, I got to the second to last kennel where I found Tate curled up, asleep in his bed with a Christmas sweater on. I took him out to a play yard where he was on his best behavior. Despite being a 14-year-old dog with sight problems, he pranced and did his best to fetch like a puppy. I took him home as soon as I could.

Tate was so underweight that I could see every bone in his body. His hipbones and ribs popped out; his spine resembled a mountain. In the shelter environment, he lacked the stability and comfort a home offered, despite everyone’s efforts. He had diarrhea, vomiting, and inappetence for the three months he spent inside the shelter. This followed him home until he was able to settle in. The first week was ugly. He would need to go outside every 30 minutes due to his stomach being so upset. You could imagine the amount of sleep I got and the messes that I had to clean up. There were times I was so frustrated and felt so terrible that I couldn’t help him, I cried. After this week things looked up, and we saw the light at the end of the tunnel that led us to the beginning of our adventure together.

I adopted Tate when I was fairly young. I had just moved into my first apartment a few months prior and really wanted to give a dog a home. I was busy with working two jobs and going to school, so I wanted a lower maintenance dog that I didn’t have to run marathons with every day after getting home. That 14-year-old lump on a log definitely fit the bill. He was found by a former IndyHumane worker near the Downtown Clinic, and he was brought to the shelter. He was skinny, scraggly and dingy. We would later also find a BB that was healed into his ear. It seems he had had it rough. This made me love him harder. He wasn’t much of a player and didn’t really care to go to the dog park. You wouldn’t expect any less out of a dog that old, right? He still got walks through town and the park. He still went on road trips and to get pup cups. He still enjoyed his life. 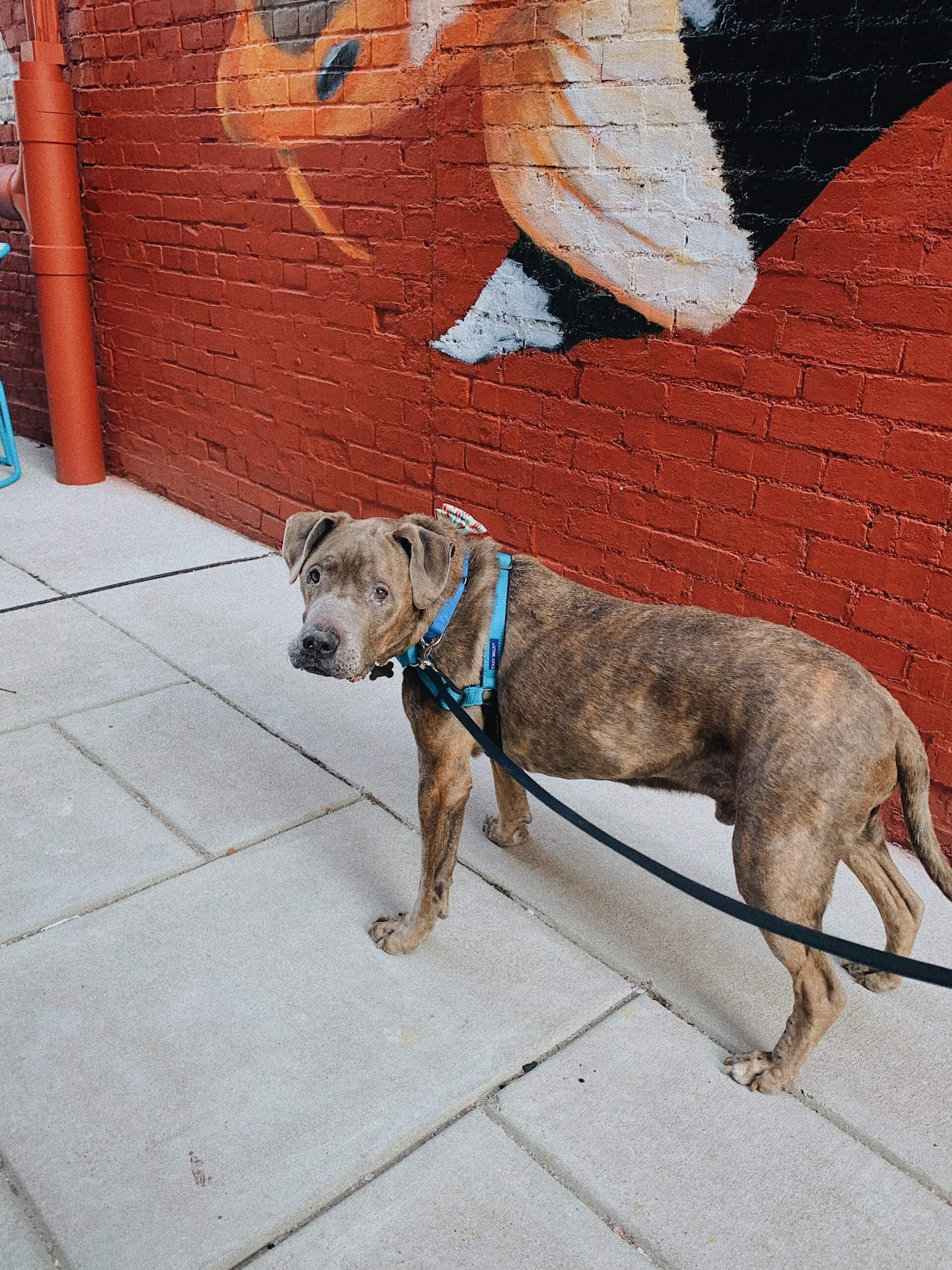 About a year later, I noticed he had a lump on his chest; it wound up being cancerous. We immediately got it removed and he got a new lease on life. I had a dog who I could buy a toy or two for because he was now wanting to play. I had a dog that high tailed and nose down wanted to sniff laps around the dog park and run around with friends. He even played with a St. Bernard about doubled his size. I couldn’t believe the turnaround in his mood and energy once he got his mass removed.

This was unfortunately short lived as dementia caught up very quickly. Tate would get caught behind doors and not know how to move backwards, he would get lost, and he would forget basic things he knew. I tried to make sure his last week of life was one of his best. We went to the dog park frequently, we snuggled and watched movies together, and we went on car rides where he could hang his big head out the window. I made him a promise that I would take him on a trip, and we would see the beach for the first time together. We packed on up and went to Indiana Dunes the day before we had to say our goodbyes. It was cold; it was only mid-March, but he had a blast. Our trip was worth seeing him the freest and most at peace I had ever seen him on this Earth. 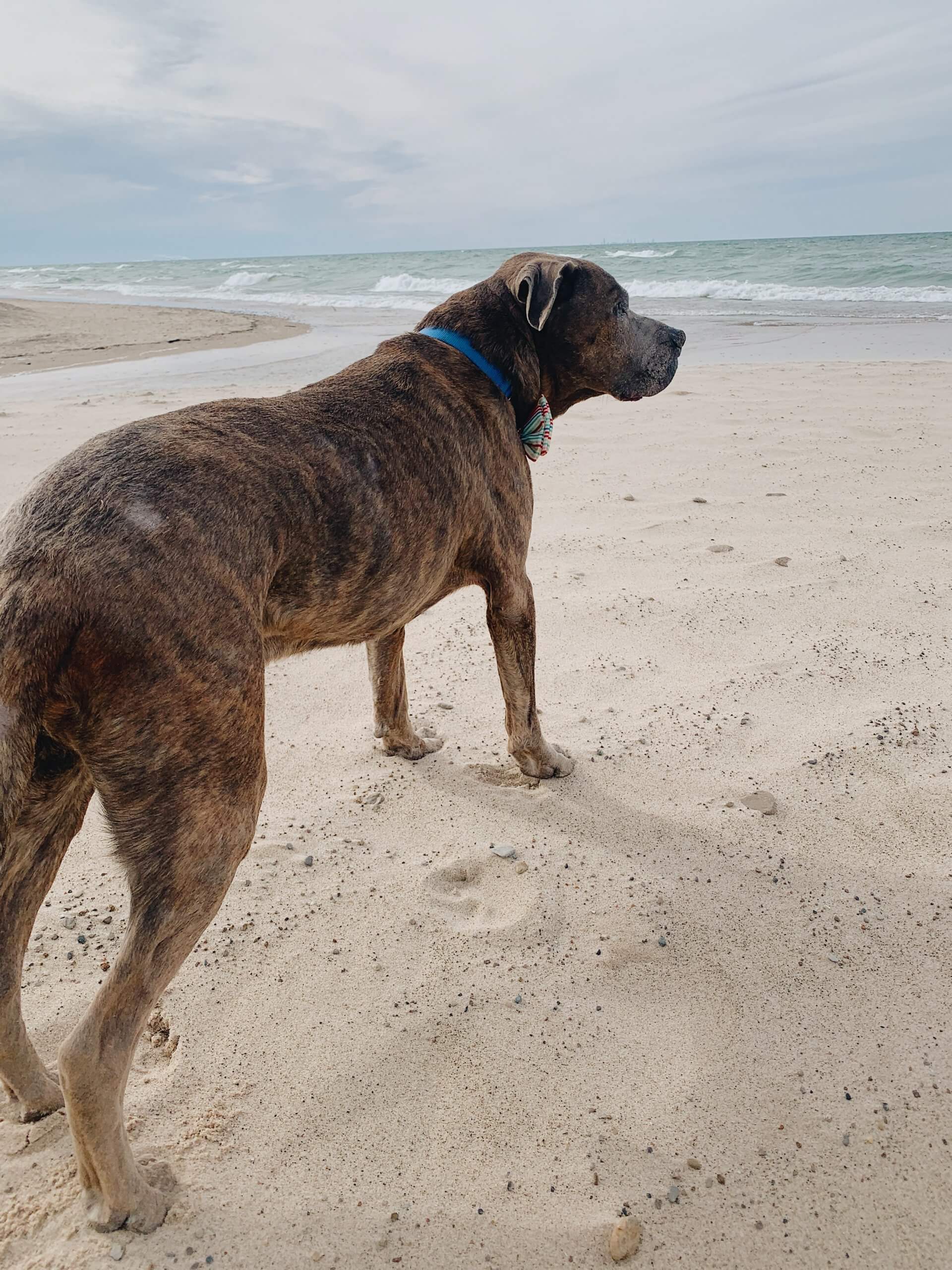 I will never be able to scream loud enough how amazing it is to welcome a senior animal into your life. They are perfect for people who need more laid-back companions or are looking to give an animal a home for a short period of time. For me, the life and comfort I was able to provide for Tate and other seniors like him will forever be worth the hurt of letting them go. I will forever remember him and be grateful for the memories and love.

At the end of the day, I could write a novel about how absolutely wonderful Tate was. I had come out of the shelter thinking that I was doing Tate a favor and that he needed me, but at the end of our road, I really found out how badly I needed him. He was kind, he loved spooning with my cat Stella, he let my foster kittens play with his tail, and he was always up for any adventure, especially if it involved a tasty treat. He knew when I was sad and would lick my face. He knew how to make me laugh. He earned the nickname Bad Grandpa. He would act a fool then came and pawed at me to tell me he was sorry. Under all his previous hardships he displayed on the outside, he was an amazing companion. I truly hit the lottery with him and was blessed with the best year and a half of my life. 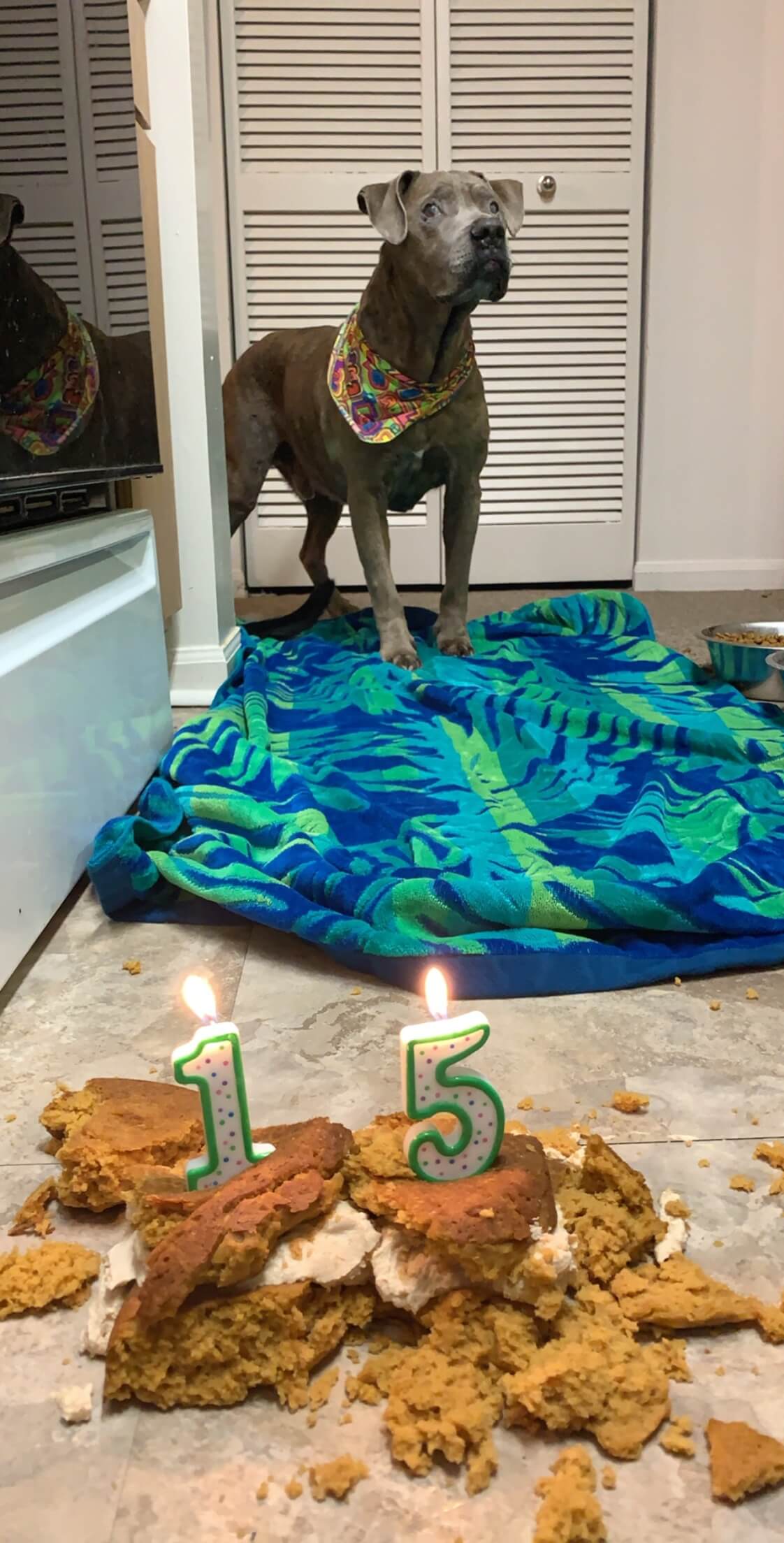