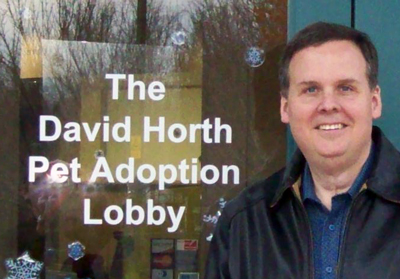 INDIANAPOLIS – The Humane Society of Indianapolis (IndyHumane) has named David Horth as its chief executive officer, as of December 19, 2018.

Horth has served in various volunteer capacities for IndyHumane for almost 17 years, including interim CEO and chairman of the board. He has held volunteer leadership positions in numerous other civic organizations, including serving as president of The Penrod Society, board chair and advisory board member for Indianapolis Animal Care Services, and as a board member for the Indiana Repertory Theatre.

“I deeply love IndyHumane, and I am humbled that the board of directors asked me to serve as CEO. In my many years as a volunteer for this extraordinary organization, I never imagined it would become my privilege to work at IndyHumane. It is an honor to work alongside the talented and dedicated board and staff to build an exciting future for IndyHumane and the animals we serve,” said Horth.

“David’s knowledge of and dedication to IndyHumane and its mission – together with his business and financial acumen gained from 20 years of owning his own business – make David the ideal leader to take IndyHumane into the future from a position of strength,” said Kyle Masur, IndyHumane chairman of the board.

“David’s passion and vision for IndyHumane were the primary reasons I accepted the CEO position, and I am proud to have worked with David when he served on the board of directors during my nine years at IndyHumane. His leadership as a longstanding volunteer and board member has helped make IndyHumane the vibrant, growing organization it is today,” said John Aleshire, retired IndyHumane CEO.