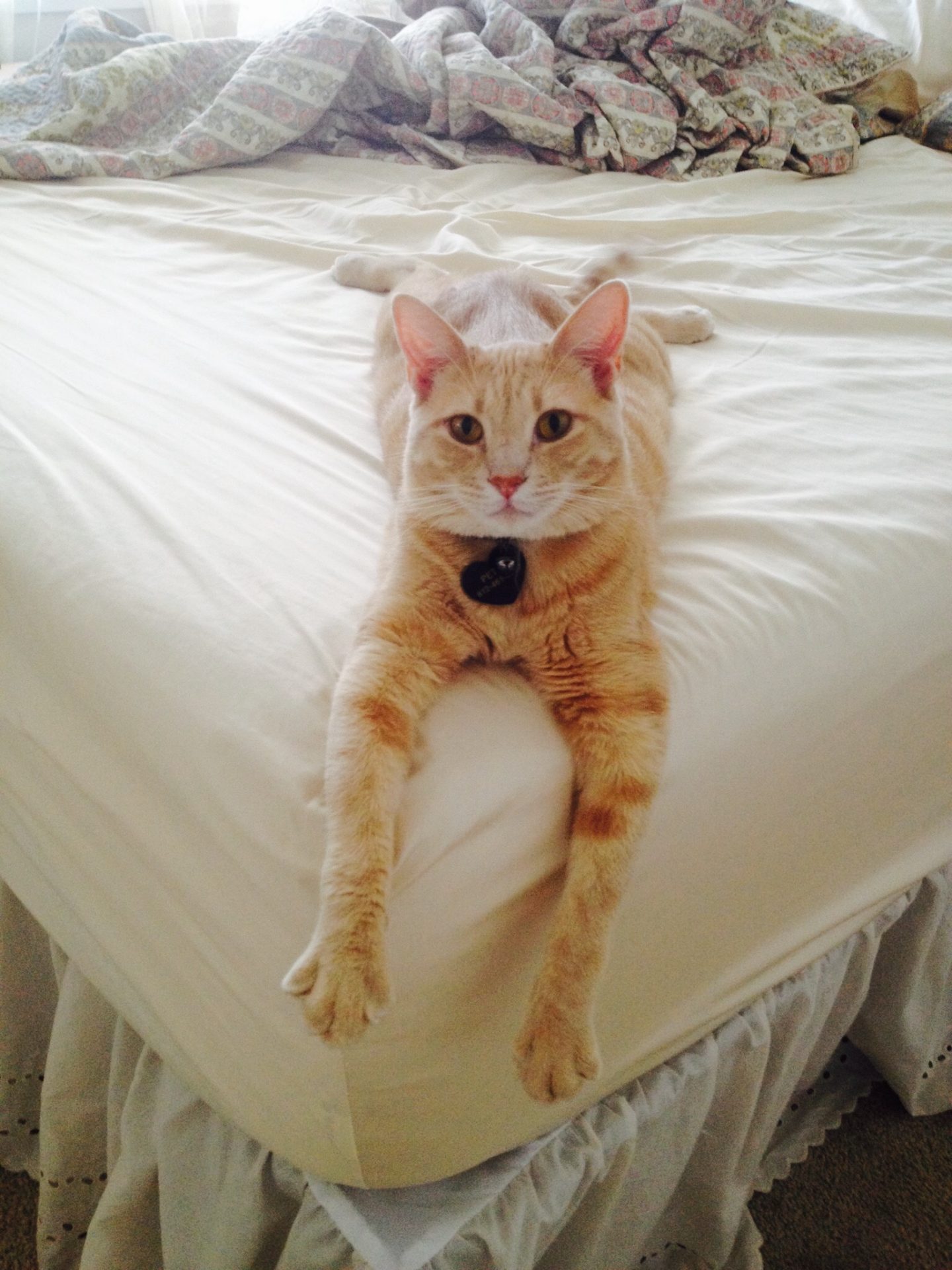 This Happy Tail is about a sweet yellow tabby cat named Petey, adopted from IndyHumane in June 2015 when he was just 8 weeks old! Petey was a stray (and the runt of his litter!) when he was brought to IndyHumane, and he weighed just 1.9 pounds. Today Petey is as happy and healthy as a clam, and he weighs 13 pounds! Four months ago, Petey got a companion — a Tortie-Siamese mix named Sara from Animal Care & Control. Now they are best buddies, and they entertain each other while their owner is at work. Petey is very playful (and sometimes mischievous) and loves to snuggle in the mornings!