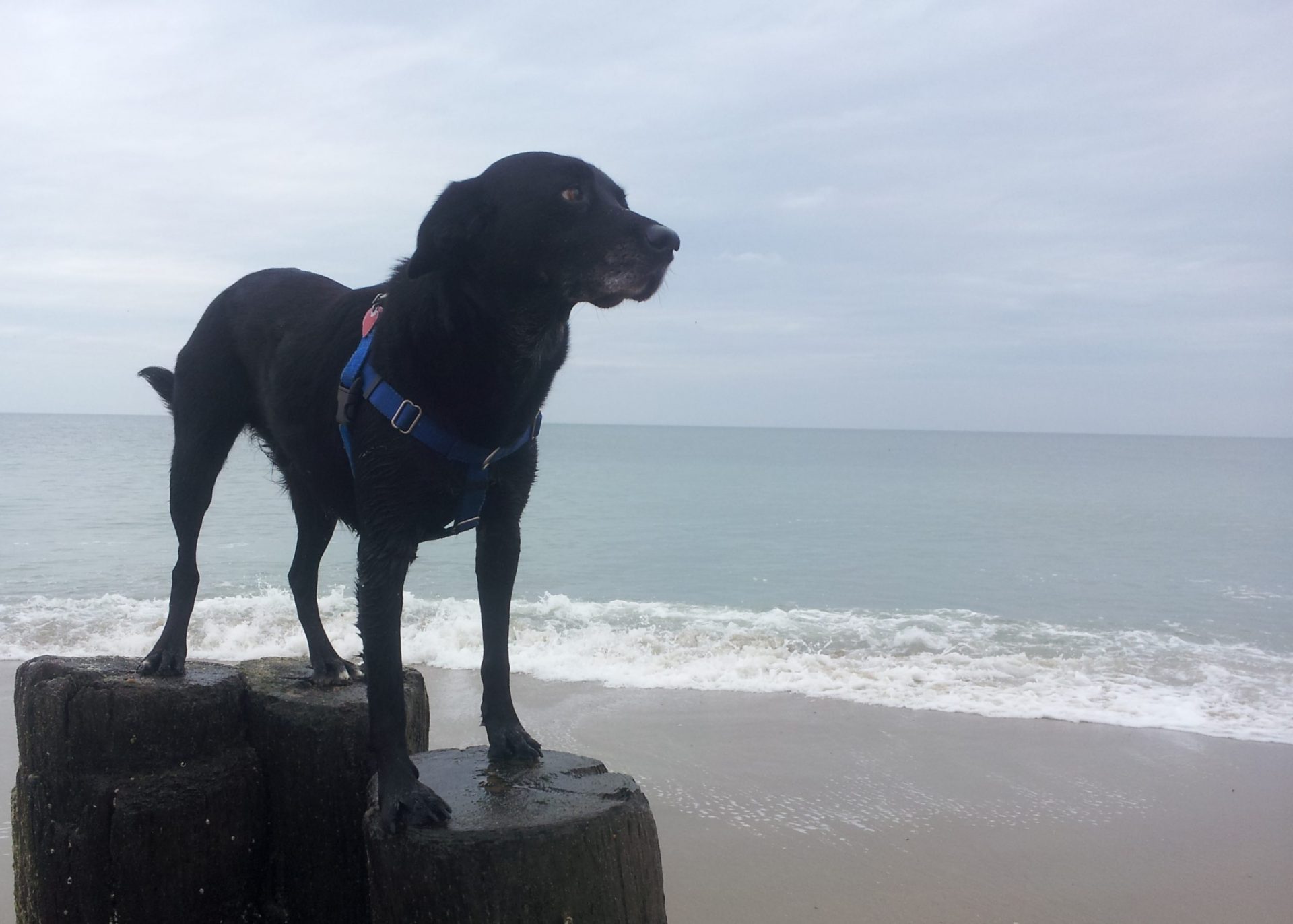 I adopted Otis in October 2009. He had been a stray when he came into the shelter, but was obviously well socialized prior to that. We bonded quickly. He is an incredibly sweet guy who isn't 100% sure he is a dog. In the nearly five years I've had him, he has conquered endless hikes, made the move to DC, hit the beach, and settled into being part of a pack. Thanks so much to everyone at IndyHumane for helping me find him.