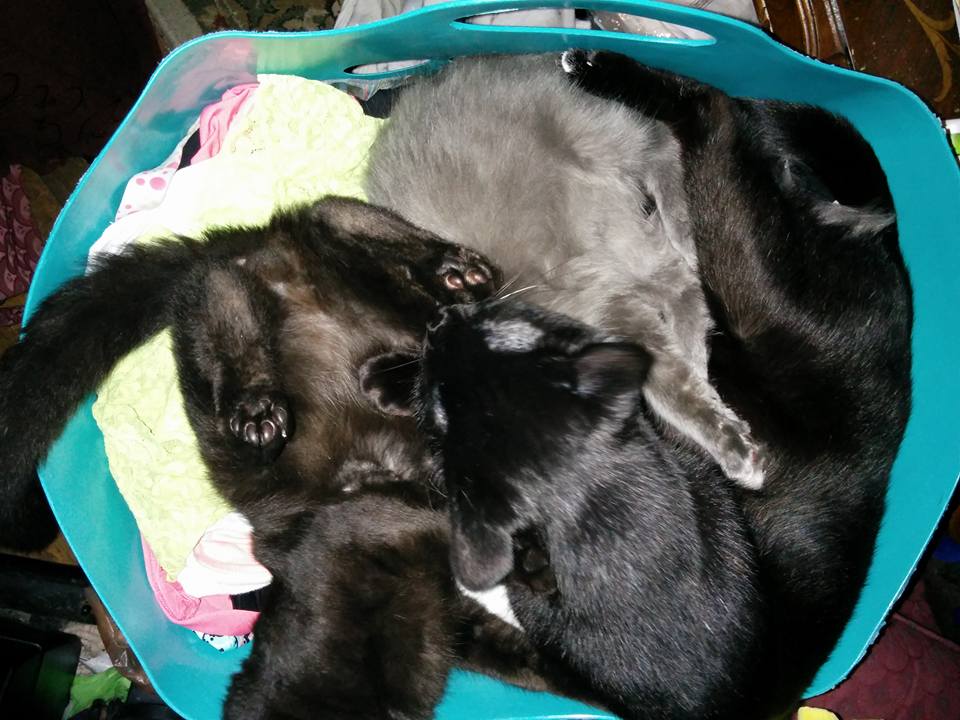 We adopted Harry and William from IndyHumane about a month ago. They were litter mates and had bonded to each other, so we took them both home on a Friday afternoon. We already had a 3-year-old neutered male named Mocha, and we were not sure how they would get along. Mocha is very friendly and playful, but cats don't always get along with each other right away. We let them out of the carrier, and both of them ran to the far corner of the room. The night played out with Harry and William hiding most of the time and Mocha hissing at them when ever they even moved towards them.

By Saturday afternoon, the kittens had grown used to us and were not nearly as skittish as the night before. They would still run if you made any quick movements, but curiosity was winning out. They had also figured out the Mocha was all hiss and spit and no action, so they didn't seem to be bothered by him.

On Sunday morning at 6:00am, we were awoken by the sound of cats running full speed from one end of the house to the other. Suddenly Mocha jumped up on the bed, followed close behind by Harry, who was followed close behind by William. They all stopped and stared at each other a couple of seconds, then the two kittens took off in a dead run with Mocha right behind them. Now they seem to be the best of friends, and Mocha is almost matronly towards them!