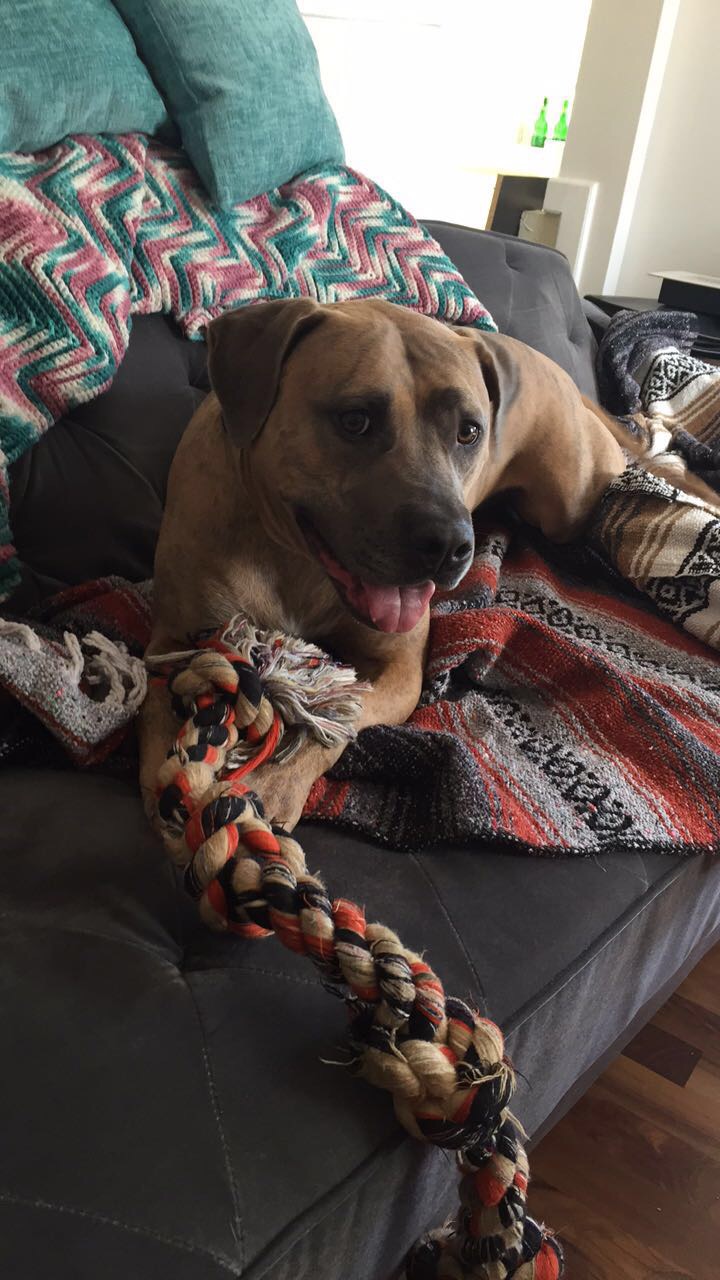 Branson came to IndyHumane in December of 2014. He was found by one of the staff members tied to a tree with no food or water next to the highway. When Branson was adopted in January of 2015, he was a goofy adolescent and a giant lovebug. He was returned to us two years later, in January of 2017. This time around he was very stressed in the shelter and very unsure about other dogs. After a long 4 month journey, Branson has found his forever family!

His new mom has shared that he is happy and calm in his new home. She told us told us what a snuggle bug he is and that she loves him to pieces!