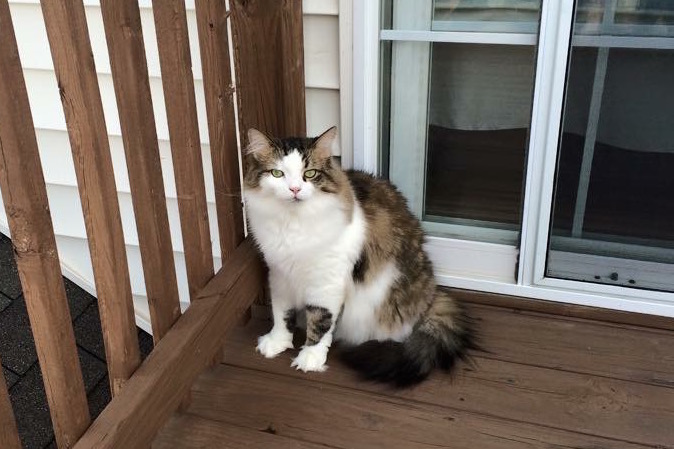 I adopted Orville (now named Ollie) from IndyHumane in January, 2014. We have always been a 2 cat household and had recently dealt with the very unexpected death of one of our cats. We knew we wanted/needed a second kitty, so off to all the local shelters we went! Ollie was a “Staff Pick” because he'd been there a couple months and was not a super lovey-dovey cat by any means. When we were visiting with him in his little enclosure, he stayed up on the tallest shelf almost the entire time. But he was the boy for us! He came home and gets along great with our existing cat, and his quirky personality works at our house. He still likes to climb as high as he can on anything, and we accept that about him. We have since rescued a third cat and become cat and kitten (and occasional dog or puppy) foster parents. He takes all our fosters in stride, like the cool cat he is!