Jeffy, the Standard Schnauzer mix: Handsome as ever! 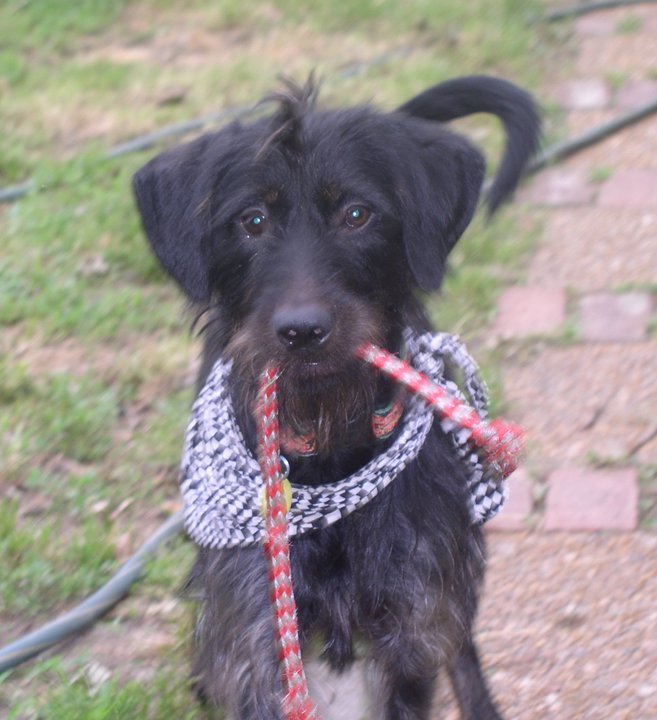 Jeffy was adopted from the Humane Society of Indianapolis after being treated for a skin condition that left him bald. Now he has found an owner who says that Jeffy is a total charmer!

Back in June, after the loss of a long-time favorite pet,  I adopted a great little dog named Jeffy. I can't begin to tell you how wonderful he is and how well he's adapted. He and my other dog, Speckles, play and run and wrestle and dominate the sofa whenever they get the chance…which is pretty often.

He's a sweetheart: bright and happy, and a total charmer. I don't think I could have made a better choice.

When he was brought to the Humane Society of Indianapolis, he was bald. Finally, with the help of IndyHumane's medical team and antibiotics, flea treatment and the correct food, he was able to get his hair back!

Another testament to the greatness of IndyHumane!

Thanks for doing such a wonderful job,
Patricia M.

If you would like to help save the lives of animals like Jeffy, consider donating a medical sponsorship. We don't put animals like Jeffy down for space or time, and invest $600 – $800 in every animal who comes into our shelter.