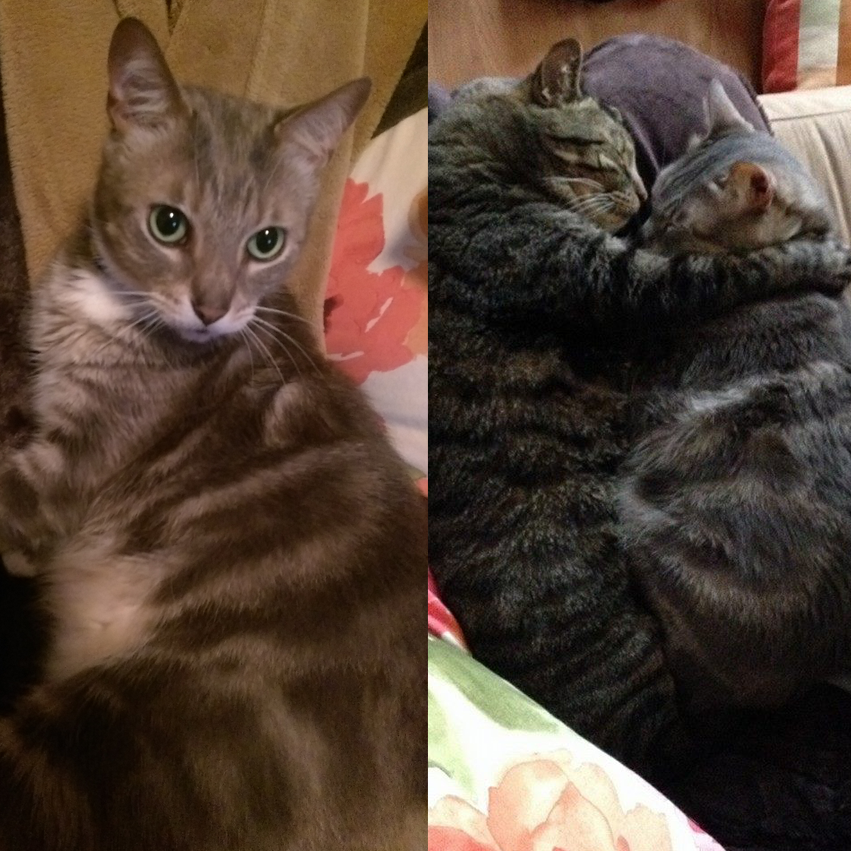 My, time flies! I can’t believe it’s been over five years since I brought Bernie Williams (formerly Herman) home from IndyHumane.

I had recently lost my beloved cat Jeter, and his buddy Yogi wasn’t doing so well. On the advice from my vet, I sought out a new companion for Yogi. One look into Bernie’s enormous green eyes—and I was a goner. I brought him home, and though it took a while (almost three months), he and Yogi are now so close we refer to them as the “old married couple.” The photo of them snuggling? That happens on a regular basis. At the time of Bernie’s adoption, they told me he was a senior kitty. But Mr. Williams has so much spunk and energy, most days I wonder! Maybe he’s just happy? Bernie has been beyond a joy to me, my husband, and especially Yogi through the years. I don’t know what we would do without our grey boy.

Please don’t overlook senior cats when adopting! They have so much love to give and life to live. It was one of the best decisions I have ever made.